INFORMATION ON THIS COMBINATION

Dolce’s, Nuphar’s All My Tomorrows, litter is a special co-operation with Dolce’s owners, Miska and her family, as this litter was born and raised at their own home. We have been involved and the puppies have been planned, raised and placed as our own litters are.

The male we have selected for Dolce is Emil (Eddie Bo da Capo). The pedigree for the pups can be found HERE.

Emil lives in Germany, near the Swiss border. He is black with some white on his chest. His hips are scored A, 2 of his litterbrothers have received the same score. His eyes were found to be free of all heriditary eye-conditions including distichiasis.
Emil’s owners keep his coat short but he has a nice curly coat which isn’t overly wooly. He is 60 cm. He is a social boy who gets along with most other dogs and he is used to being around small children. Inside he is calm, outside he loves to run, swim and use his nose for search games.
Click HERE to see more pictures of Emil. 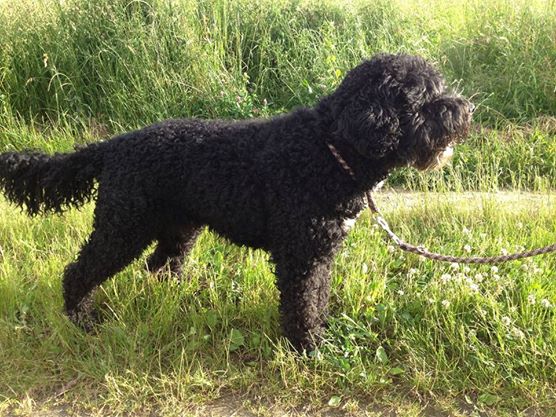 Dolce was born here at Nuphar’s in the A-H litter: a litter that makes us proud in so many ways. They have lovely breedtype, nice temperaments and their healthtests come back with great scores. Out of 8 puppies, 6 have been hipscored, all with A-hips. 5 of them also have been eye-checked with good results. Several of this litter have been shown with amazing results, all love to be active with their owners and they are happy dogs that are nice to live with.
Dolce is 54 cm, with a nice brown coat. She is a very sweet, social dog who like being outside with her owners but can also enjoy a lazy afternoon inside. 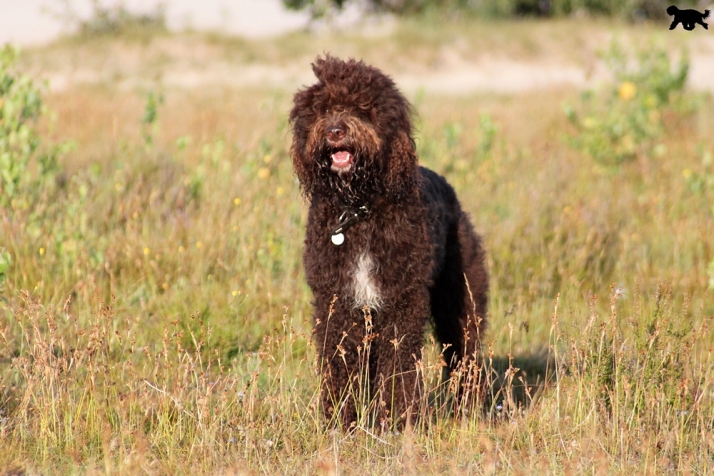 With every litter we breed, we base our choices on our breeding strategy.